WHEN TO DECANT A WINE 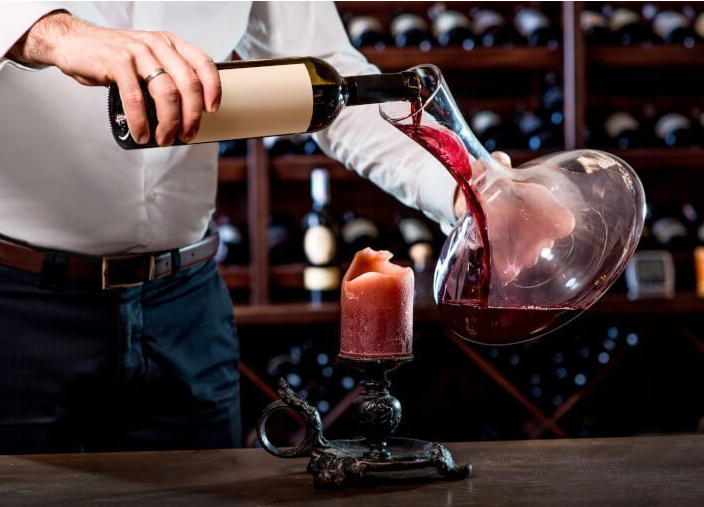 Whenever there is talk of decantation, there are always those for and against. In this short article we will try to shed some light on such a thorny and controversial issue.

Let’s start with some certainties: decanting (i.e. pouring the wine from the bottle into a special carafe called a decanter) serves to oxygenate the wine in order to air it faster after it has remained in an anaerobic environment in the bottle.

Decanting must eventually be carried out after some considerations:

How many years has the wine in question been in the bottle, from which vine is the wine made, is it a white or red wine and how long after decanting will it be drunk.

An important but young wine, for example a Barolo aged for 3 years, will open more in a decanter and will lose some youthful angularity. Instead, if we are talking about a very old wine, aged for example for 30 years such as a Bordeaux, it will need decanting so that the natural sediments of the wine that have been deposited on the bottom of the bottle can be separated.

In the case of a young wine, it’s best to decant it an hour before drinking it, if it is an aged wine it would be better to decant it immediately before serving. This is because after having spent many years in a bottle, the best aromas disperse upon contact with the air.

In the case of decanting a very old wine, it is advisable to put the bottle in a vertical position at least 24 hours beforehand so that all the sediments can settle on the bottom and thus facilitate the separation with the liquid during decanting. It is also advised to carry out the operation in the light of a candle placed behind the bottle in order to promptly intercept the arrival of the deposits at the neck of the bottle.

Also make sure that the decanter is clean and does not smell of detergent or stale. I recommend that you wash it without detergents and let it air-dry and not with a towel.

Some white wines may need decanting but these are very rare cases and I wouldn’t recommend it ever. In addition, you would then have a problem keeping them cool during dinner or lunch. If you think a white wine may need effective ventilation, using large tulip glasses will solve the problem in a practical way.