LOUIS ROEDERER CRISTAL: THE STORY OF A LEGEND 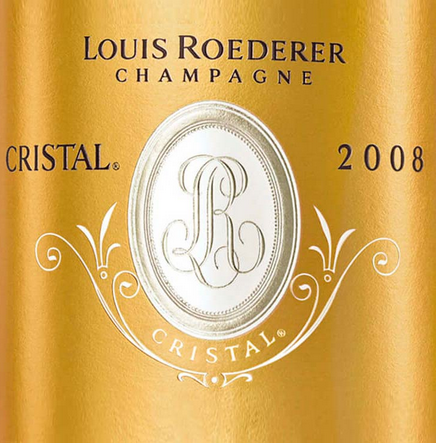 Louis Roederer’s Cuvée Cristal was the first Cuvée de Prestige created in Champagne in 1876 at the request of Tsar Alexander II.

At the time, Maison Roederer produced around 2,500,000 bottles, almost a third of which were destined for the Russian market.

The Tsar demanded a Cuvée especially for the Russian aristocracy and asked for the bottle to be made of crystal. Following extensive testing and research, the Roederer family succeeded in creating a bottle of precious crystal strong enough to hold this fine wine with 6 atmospheres.

The bottle was, and still is today, transparent with a flat bottom, one of its kind worldwide. The only difference from the bottles intended for the Tsar is that now glass is used instead of crystal. The name, however, has stayed the same: CRISTAL.

The history of Cristal, produced exclusively for the Russian market, continued until the October Revolution, when the fall of the Tsar also marked the end of the first glorious chapter in the story of Cuvée.

The Roederer family did not lose heart, even though it had lost its biggest market in a short time and it devoted itself to a new market, America, which immediately brought very satisfactory results. There were more dark clouds on the horizon, however, and when 1929 brought with it the greatest financial crisis ever, the stock markets collapsed and, the bottom fell out of the luxury market.

Maison Roederer therefore decided to put its most famous cuvée back on the market: Cristal returned to production in 1932, this time for the benefit of all. From then on, but only in great vintages, Cristal will always remain in production and always with the same ‘recipe’.

Produced using only grapes from estate vineyards, 99% classified as Grand Cru, with no malolactic fermentation (except the 2008/2009 vintage) and with a predominance of Pinot Noir. Chardonnay prevailed in just two vintages, 1988 and 1993. The wines ferment 20% in wood.

It matures on the lees for 6 years and the dosage has changed over the years from 12g/l to the current 8g/l.

Louis Roederer is, to this day, one of the few great family-run Maisons and this means that total control of production and marketing is in the hands of the descendants, now in their seventh generation.

A total conversion to bio farming has been underway for several years now and by 2025 all the estate’s vineyards will be under organic or biodynamic management.

In 1976, a hundred years after Cristal’s first release, the Rosé version was created with grapes from Ay, Avize and Le Mesnil.

To this day, all bottles of Cristal and Cristal Rosé are riddled by hand and only released when deemed ready. Proof of this is, for example, the fact that the 2009 vintage was released before the very large 2008.

Forgetting a Cristal in the cellar is no easy matter, but it will certainly be worth it.

Give it at least 5 years after the disgorgement date and if you make it to 10, you will not be disappointed!