CHAMPAGNE CHARLIE: AN OPPORTUNITY NOT TO BE MISSED!_SOLD OUT

Wine Wins offers you the chance to purchase Champagne Charlie (Maison Charles Heidsieck) in advance and at a special price. 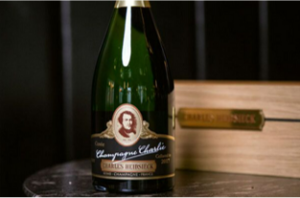 The price refers to a wooden case of 3 bottles of 75 cl stored “in bond” or in suspension of VAT and excise duties within an investment package of at least €10,000.00.

If interested or if you wish to receive further information, please contact us as soon as possible.

Who is Charles Heidsieck, whose Champagne returns after 37 years in Limited Edition?

The Maison Charles Heidsieck is the smallest of the Grande Marques, but it is probably the one with the most compelling history. Its founder, Charles Camille Heidsieck founded it in Reims in 1851 and immediately sensed the great potential of the American market still unexplored by other wine houses. In a short time, Charles Heidsieck became a myth throughout the United States so much so that he was amicably called “Charlie” by the local press

His story inspired books and films. If the life of its founder was adventurous and troubled, after his death, his Maison also went through a turbulent period. Several changes of hands, some not too lucky marked the history of Heidsieck. In 1979, the then Chef de Cave Daniel Thibault invented, in honour of the founder, the cuvée Charlie, the result of a blend of Chardonnay and Pinot Noir from the maison’s grand cru and premier cru vineyards. This cuvée de prestige was made in 5 years: 1979, 1981, 1982, 1983 and 1985. In 1985 the House Heidsieck was acquired by the Remy Martin Group, owners of the House of Krug.

To avoid overlapping premium products, the group suspended the production of Champagne Charlie. In 2011 the EPI Group of the Descours family bought Charles Heidsieck and Piper Heidsieck and in a very short time, brought the two maisons back to the rank they still hold. The historic Chef de Cave Thibault will be succeeded in 2015 by Cyril Brun who immediately set to work to create a cuvée for the bicentenary of the Maison. What better occasion to bring the glorious Cuvèe Charlie back to life?

Brun’s choices were very courageous, the new Cuvèe Charlie will no longer be vintage but multi-vintage, to guarantee greater freedom to the Maison. The choice not to millesimare, allows the Chef de Cave to use many Vin de Reserve to create a multi-vintage Champagne in which the imprint of the maison prevails over the single vintage. The assembly involves the use of only the two main vines of the denomination: Chardonnay and Pinot Noir.

A date appears on the label: 2017 with the words Mise en Cave, or the date on which the wine entered the underground cellars of the Maison to remain there until 2022.